The year was 1968, and the beginning of a new conference was taking shape.  Representatives from 7 schools met to form the new Blue Chip Athletic Conference.  The original 7 schools were:  North Daviess, Barr-Reeve, Bloomfield, Loogootee, North Knox, South Knox, and Springs Valley.  Before the year was out, Mitchell was also welcomed to the conference. 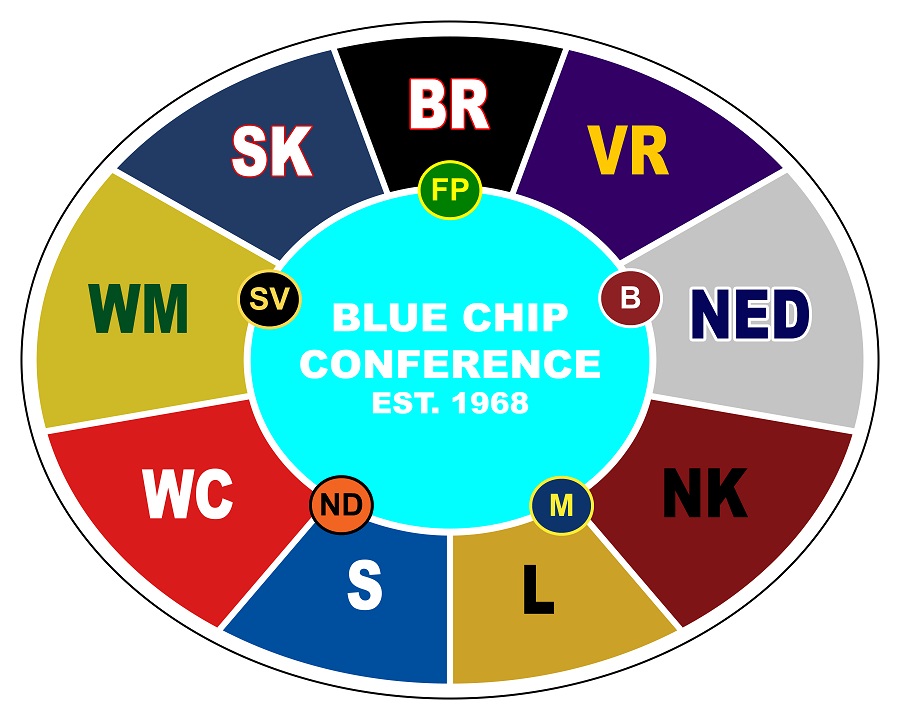 There have been some amazing athletes to grace the various sports rosters at Blue Chip Conference schools.  To name just a few:  Springs Valley’s Larry Bird, Loogootee’s Mark Riggins an outstanding pitcher and later a pitching coach in the major leagues, Nevin Ashley of North Knox who reached the major leagues in baseball after a long and successful minor league career, Dan Beery also of North Knox won a gold medal in the Olympics in Men’s Rowing, and Johnnie Bartley of Wood Memorial was a 2-time National AAU champion in the High Jump and was a part of 5 Big Ten Track and Field Championships at Indiana University.  Kelly Lane Clauss of Vincennes Rivet is in the Indiana Basketball Hall of Fame as a player and won 2 Elks National Free Throw Championships in addition to being named to the 2008 Silver Anniversary Team.  Four-time Blue Chip Conference golf medalist and South Knox/Purdue alum, Adam Schenk qualified for his PGA Tour card for 2019.

These are just a few of the “best of the best” in conference history.  There have been many, many others who have coached or played at a high level beyond the general high school ranks, Indiana All-Stars, collegiate stand-outs, etc., and there will no doubt be many more to come.  The Blue Chip Conference has a strong history and a bright future.